It’s more bad news for FIFA, the world soccer body that’s been embroiled in scandal over both fixed matches and fixed votes. An advisory group of European lawmakers is now demanding that FIFA “investigate Sepp Blatter’s re-election as president and publish documents relating to a kickbacks scandal,” the Associated Press reports. The 47-nation Council of Europe panel says that FIFA “should examine whether Blatter exploited his position to obtain ‘unfair advantages’ ahead of the balloting last June.” He ran unopposed, largely because the other candidate, Mohamed bin Hammam, dropped out of the race after being accused of bribing voters, according to the AP. The Council also wants FIFA to disclose the juicy details – including all documents in its possession – related to its investigation of soccer officials accused of taking bribes related to broadcasting the World Cup.

Sweep to Council of Europe calls for FIFA corruption probes

Indonesian officials confirmed Tuesday they are investigating a customs agent after he allegedly tried to solicit a bribe – in this case an iPhone – from actor Taylor Kitsch. Kitsch is known for his role in the film “John Carter” and in the TV series “Friday Night Lights,” and was entering Indonesia to shoot a new Oliver Stone movie.

The investigation was prompted after Kitsch told the story of his encounter with the agent on  “The Late Show” with David Letterman – though there was initial confusion over whether he was referring instead to the Philippines. As Agence France-Presse reports, Kitsch arrived at Bali island’s Ngurah Rai airport last month, and was held up by an agent that threatened to refuse him entry.

“Kitsch said he was finally allowed in after proving he was an actor by showing the officer on his iPhone the trailer for his recently completed film ‘John Carter,’ in which he plays a Civil War veteran transplanted to Mars,” AFP reports.

When he showed the official the iPhone, the customs agent allegedly asked for one. He’s now being interrogated by Indonesian authorities.

The jury continues to deliberate in a high-profile corruption trial in Alabama – it returns Wednesday for its seventh day of hashing out the fate of a group that includes a casino owner and several current and former state senators.

As the Montgomery Advertiser reports, casino owner Milton McGregor “is accused of leading an alleged conspiracy in which he and fellow casino owners and those who worked for them bribed state lawmakers with cash and campaign contributions in exchange for their votes on gambling legislation.”

The trial is actually the second bite at the apple for federal prosecutors: a previous corruption trial against McGregor and nearly a dozen defendants resulted in the jury being unable to reach a verdict on 33 of the counts charged (it acquitted several defendants on other charges). The undecided counts are now being brought again in the second trial.

Aaron Kessler is an award-winning journalist who for nearly a decade has investigated a wide range of subjects from financial crimes by corporations and individuals, to politics and government abuses at the local, state and federal levels, to terrorist financing networks. 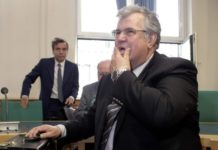 Going for the Gold on Corruption

From Forced March to Freedom 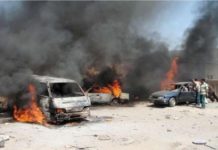 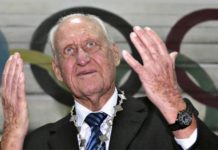 Rot at the Heart of FIFA