Following the Oct. 18 meeting, Senator Richard J. Durbin of Illinois said he had been moved by seeing victims of gang rape and other depredations that are common in the Central African wars. As the Senate’s second-ranking Democrat, he is an important backer of the conflict minerals provision, formally Section 1502 of Dodd-Frank.

The demand for conflict minerals is being driven by “an insatiable appetite for iPads and BlackBerrys and cell phones,” Durbin said, adding that he would prefer to enjoy such devices “with a clear conscience.”

The regulations on natural resources are meant to promote transparency in international trade, on the theory that transparency can lessen not only bloodshed but government corruption – the kind that allows dictators to live in lavish palaces and drive sports cars while their subjects go without hospitals and sewers and travel by muddy foot paths.

But some question whether the rules, as they are proposed, can achieve that.

For instance, in a detailed memo to its clients, Covington & Burling, an international law firm representing mining, oil and gas companies, said that, ” None of these sections of the Act is well drafted; each represents an unfortunate use of the federal securities law for purposes unrelated to securities transactions and disclosures.”

“In all events,” the memo went on, “it will be interesting to see how the SEC tackles the twin challenges of intuiting Congressional intent and implementing measures that address policies well outside of its traditional expertise.”

In arguing that matters of transparency do belong in Dodd-Frank, some backers of the new regulations have argued that transparency isn’t just an issue of human rights, morals and ethics on an international level. They say transparency enhances stability in the markets, thus strengthening not only business, but capitalism itself.

The written comments filed with the S.E.C by both sides underscore how the debate touches emotions as well as commercial considerations.

Lori Kechter of A Thousand Sisters, a grass-roots campaign that has made violence in the Congo a central cause, was more emotional in urging the SEC not encourage the “bloodbath” in Africa by giving in to industry. “Our shared humanity is at stake here,” she wrote in December.

By contrast, a six-page letter from the United States Chamber of Commerce last February said the chamber “understands the strife inflicted” on people in the affected areas, but that the rules on conflict minerals are unwieldy and that “the metallurgical and diplomatic difficulties create a dynamic of uncertainty to render disclosure difficult, if not impossible.”

The chamber also has ample resources to back up its words. Over the years, the chamber and its several subsidiaries have been by far the biggest spenders on lobbying.

Another controversial Dodd-Frank provision would require oil companies to disclose in detail payments to foreign officials by both project and country. It has drawn the opposition of oil giants.

The payments to be disclosed would include royalty license fees, taxes and other costly items. The idea behind this is that while foreign regimes can conceal what they take in from any shady payments or bribes, oil companies should provide countries with transparent accounts of what they pay out.

“If citizens and international organizations know how much money a country is paid for oil access, it is harder for its leader to claim the government would happily build roads, schools and hospitals but cannot afford them,” said Senators Ben Cardin and Richard G. Lugar wrote in a statement last June. Cardin, a Democrat from Maryland, and Lugar, a Republican from Indiana, were the main supporters of the provision.

At a hearing in May, Senator Cardin urged executives of the top five oil companies – Exxon Mobil, Shell, Chevron, BP and Conoco Phillips – “to work with us to end corruption and ensure transparency in mineral-rich countries.”

The key players in the drama over reporting oil payments are heavy hitters – and heavy spenders. The biggest player may be the American Petroleum Institute, which urged the SEC last December to define “project” in a way that would weaken the measure. The API, whose 400 members range from the giants of the oil-and-gas industry down to small independents, spent $7.3 million on lobbying in 2010 and has spent $4 million in 2011.

The API maintains that standards to prevent bribes in the oil industry are already in place and that what is proposed under Dodd-Frank would force companies to disclose “commercially sensitive information.”

Oil companies have voiced fears that the new rules could put them at a disadvantage in competing with overseas companies not listed with the SEC and could collide with the laws of other countries.

The difficulty of doing business in countries with a history of corruption like Nigeria, Africa’s biggest oil producer, is so well known that even the Foreign Corrupt Practices Act, which prohibits American companies from bribing overseas officials, allows for “facilitation payments,” which are a form of low-level bribery.

As with conflict minerals, backers of the new rules say that the oil industry’s fears are overblown.

“We need transparent oil markets now more than ever,” said Neil Brown, a member of the Senate’s professional staff and an author of the law. Brown said any oil executives who would rather embrace secrecy and accept payoffs to foreign officials as a cost of doing business should remember that, “History is clear — just sticking with authoritarian governments doesn’t work.”

Diana Jean Schemo is president and executive editor of 100Reporters, and the founder and co-director of the Double Exposure Film Festival and Symposium, the United States' only investigative film festival. 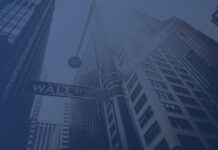 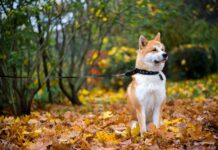 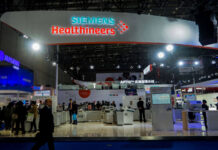